Hispano-Suiza, once upon a time in the auto trade in Catalonia

Hispano-Suiza, once upon a time in the auto trade in Catalonia

Throughout its history, Spain has always been a pioneer in the evolution of transportation. One can cite the revolutionary inventions of Juan de la Cierva, like the autogyro, ancestor of the modern helicopter developed in 1923, or those of Narcis Monturiol, inventor of the first self-propelled submarine in 1864. Yet what is sometimes overlooked is that the country has also given rise to important innovators in the global automobile industry.

After the Bonet tricycle (the first vehicle manufactured in Spain powered by an internal combustion engine) in 1904, the Catalan entrepreneurs Damià Mateu Bisa and Francisco Seix Zaya and Swiss engineer Marc Birkigt founded the celebrated Hispano-Suiza automobile brand in Barcelona, which quickly became a global reference and winner of several prizes, thanks in large part to the quality of its engines. It was thus that the enterprise was chosen by the French air force to equip its planes during World War I. During that conflict, Hispano-Suiza built almost 50,000 plane engines in France, making this activity the main source of revenues for the group. A fact for which the Catalan company would be reproached by the French state after the war, accused of having lined its pockets from the hostilities!

In 1919, the brand unveiled its H6-32 CV model at the Paris Motor Show. It was the first vehicle of this type equipped with power-assisted braking, which would lead giants in the sector like Rolls-Royce and General Motors to acquire the patent. Inevitably, one also finds traces of Hispano-Suiza at the Autòdrom de Terramar through the H6C, one of the fastest automobiles of the 1920s – the golden age of the brand. 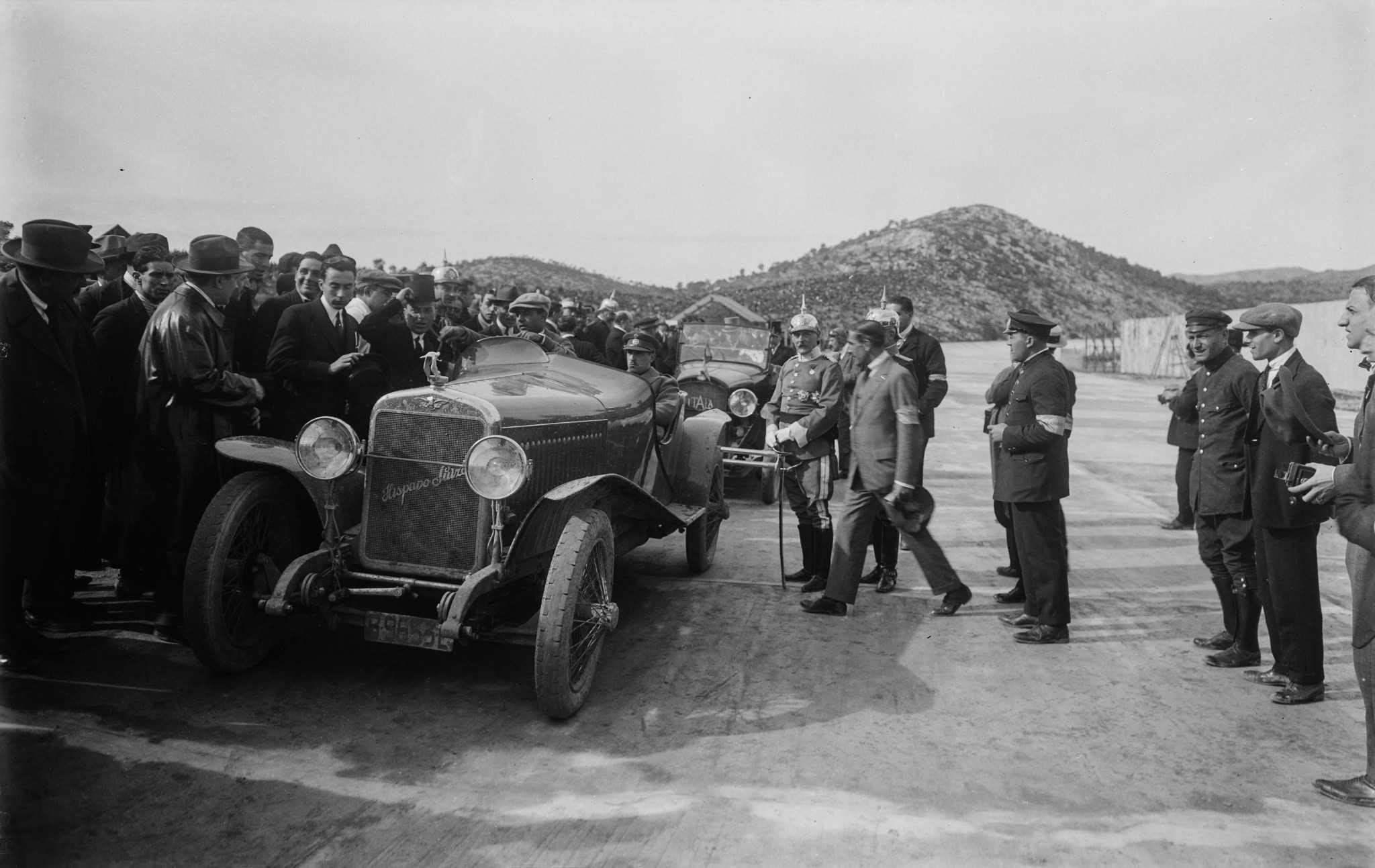 As is often the case, the company’s decline would be as swift as its rise was dazzling. Indeed, in 1946, the Franco regime nationalized the brand and incorporated it into the National Industry Institute, in an “effort to maximize national productivity,” marking an end to a project which in just a few short years had established itself among the big names in the automobile industry.