“The Autodrome is as beautiful as an old theatre.” “It’s exciting to be here at Terramar. You can feel the motoring history made here by heroes.” These are just some of the phrases uttered by people who have visited the Autodrome Terramar. The first was written by Jean-Louis Basset, a journalist for the French motoring magazine ‘Auto Heroes’. The second was uttered by “Loris Biocchi and Andy Wallace, legendary test drivers for Bugatti”, who the magazine reunited here this year. 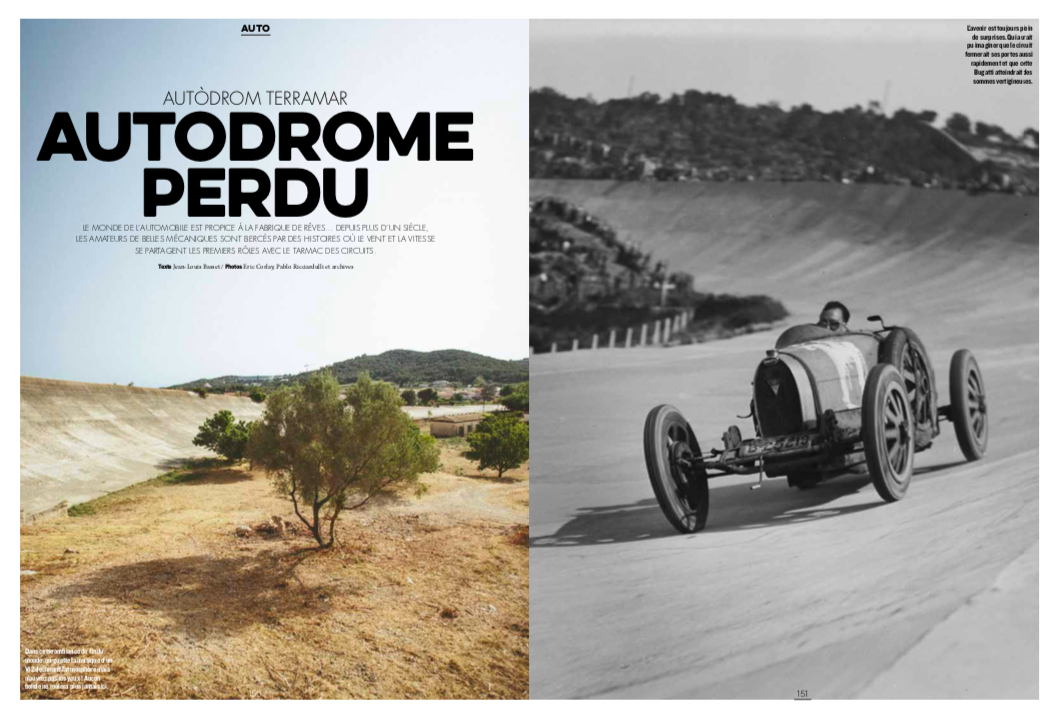 Auto Heroes visited the Autodrome to write an article about the site and its history, the article was entitled “Lost Autodrome”, and began, “’Time capsule’, ‘barn find’… The English have a gift for finding just the right words to make your hair stand on end! These two expressions immediately bring the mind the idea of closed doors opening onto a universe in ruins, covered in dust, and containing hidden treasures […] But imagine uncovering a race track dating from the beginning of the 20th century in the middle of nowhere, on a site which wouldn’t have vibrated with the sound of a V12 for centuries, a sanctuary transformed in a chicken farm, a site forever preserved from graffiti and destruction… this is what happened near Barcelona to a few lucky people are able to tell this history.” 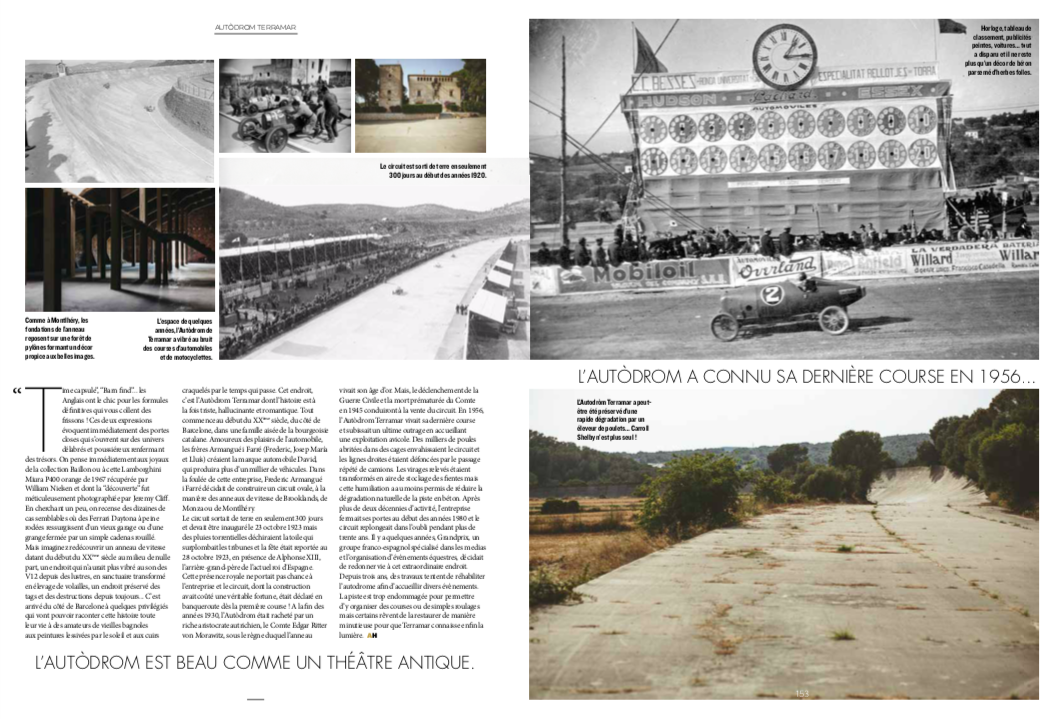 The article continued, “Some years ago, GrandPrix, a French-Spanish group specialising in communication and organisation of equestrian events, decided to revive this extraordinary place. For three years, they have worked to restore the Autodrome and host various events. The track is too damaged to allow races or laps, but some dream of carefully restoring it so that Terramar will one day finally be brought back to life”. And we’d like to add that, this way, we hope that many more people will be able to create new histories on this site. 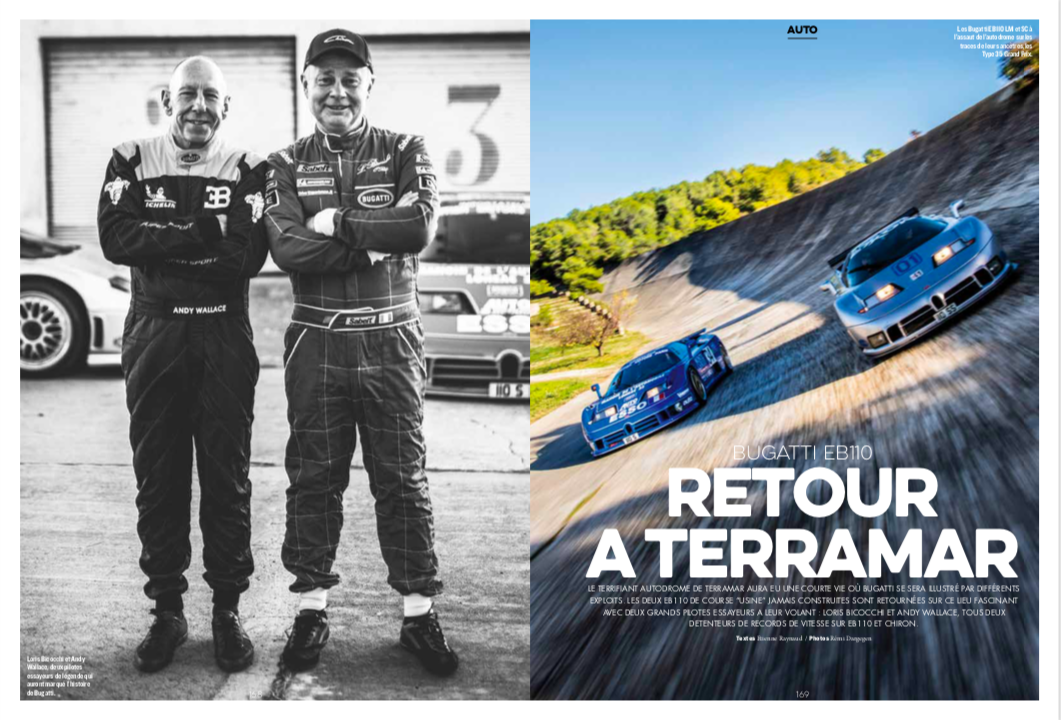 Their fascination with the Autodrome led to them returning for a second article, “Return to Terramar”, and they did it in collaboration with Bugatti, recovering part of their history too with two of their greatest test drivers, Loris Biocchi and Andy Wallace. “Reuniting them at Terramar was the most beautiful tribute”. 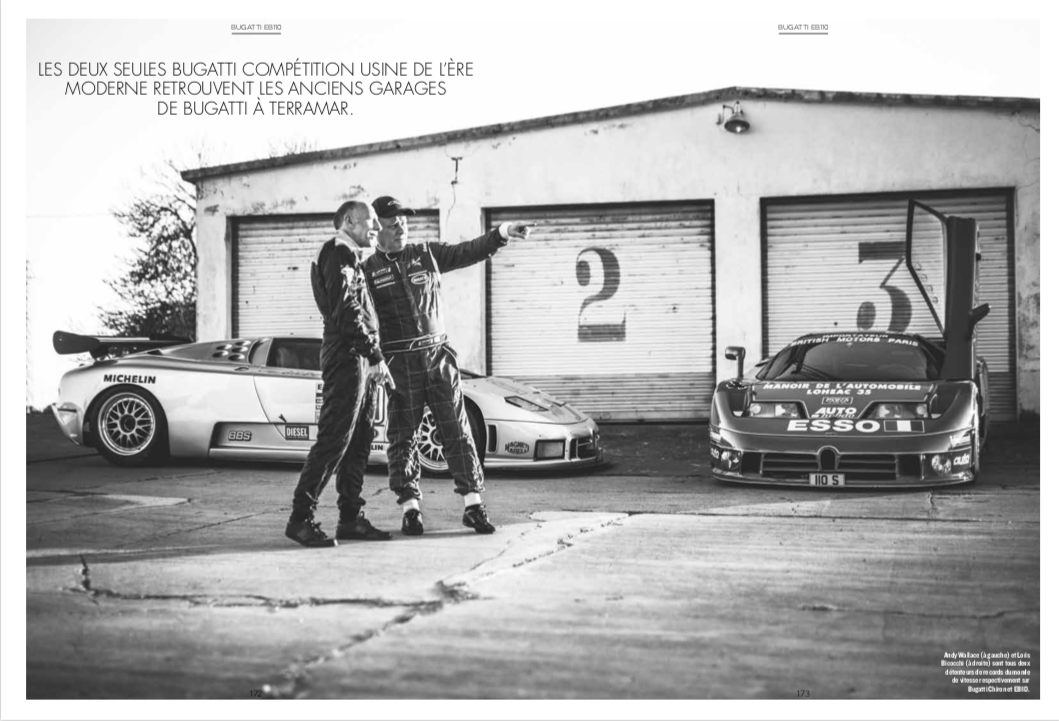 The Italian magazine Due Ruote also came to Garraf “in search of the legendary Autodrome Terramar, which has remained intact almost 100 years after its construction. The most stand-out feature is the almost two-kilometre oval circuit with raised curves. The last race took place there in 1956, and since then, its story has seen various changes of hand and destination, until it arrived with the current owners who organise classic and promotional events here. The track is normally closed to the public, but for us, they made an exception. And here we are, walking the track to study the ideal path for the first laps and then launching to 130 kmph at almost the edge of the curves which reach an incline of 90°. The concrete slabs are no longer aligned and sometimes they resemble a motocross circuit, where the suspension of the bike is truly tested… on the edge of the concrete walls, a few centimetres from empty space. Too much adrenaline.” 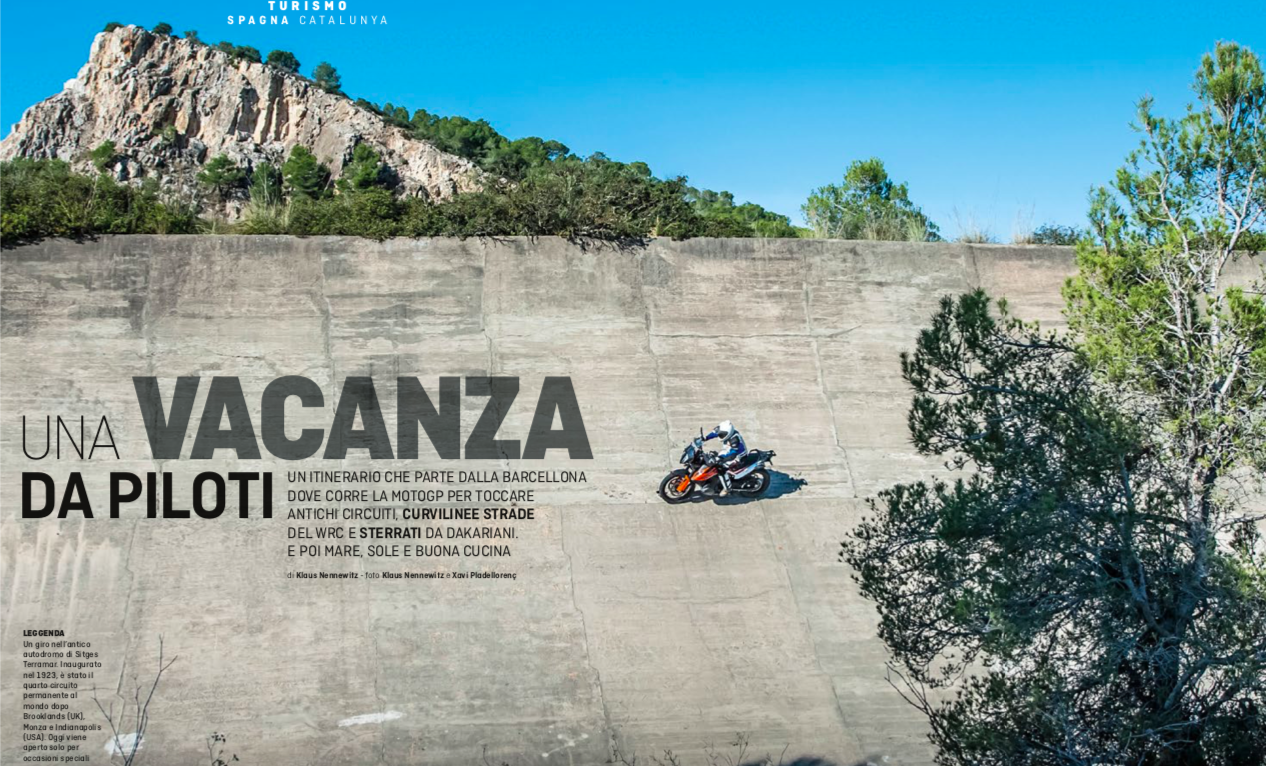 Whilst we’re reviewing the most recent press visits to the Autodrome, we have to mention Luxury News Motor, which covered the testing of the Mercedes AMG C63 S here and also wrote about the history and future of the track.

“When we test the cars sent to us, we always try to create a scene that relates to the car that we’re testing. With the Mercedes AMG C63 S, it was a difficult challenge, because we didn’t want to repeat location, but at the same time, although the car was the star of our story, we wanted a location which wasn’t just iconic but that also represented the initials AMG. This is why we opted for one of the most iconic circuits in the world, the Autodrome Terramar. 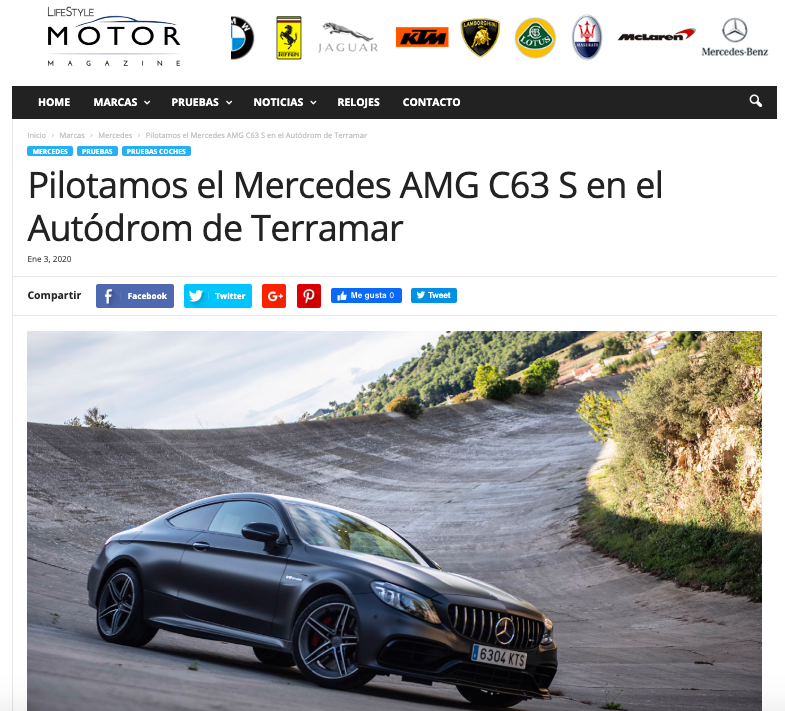 So that you can understand and appreciate what it means to film there, we’ll give you a small introduction to the history of the oldest circuit in Spain and one of the oldest in the world.”

Regarding our current project, in the article went on to explain that “in the near future, the Autodrome Terramar site will undergo a restoration project which, thanks to GrandPrix, a French-Spanish organisation and publicity company with extensive experience in the equestrian sector, intends to convert the Autodrome into a winter circuit of jumps and obstacles to host high-level international competitions during Europe’s coldest months. And obviously, they will continue to be linked with motoring and competitions, providing a place for motoring presentations and events.

So far, various events have been held at the Autodrome, and particular highlights include the 2012 Red Bull shoot with drivers Miguel Molina and Carlos Sainz at the wheel of an Audi R8 LMS, the unveiling of the Seat Cupra at the end of 2018 and the filming of an episode of the Grand Tour on Amazon Prime, where presenters Jeremy Clarkson, Richard Hammond and James May were at the wheel of an Aston Martin DB4 GT lightweight and a Jaguar XKSS”.

You can read the full Luxury News Motor article here.

So many people share the fascination for this location, and we hope that many more people will enjoy unforgettable moments here, not just for its spectacular nature but how great it feels to be here.