Did you know? For more than twenty years, the Autódromo was a poultry farm.

Did you know? For more than twenty years, the Autódromo was a poultry farm.

We are often asked what happened to the Terramar track after its last official race in 1956. Below, some answers to that intriguing question.

Shortly after the Autódromo hosted its last race in 1956, a wealthy Catalan entrepreneur who had made a fortune in America acquired the site in order to set up a poultry farm there. The numerous hen houses still present at the foot of the Autódromo’s lookout point, as well as the scale to weigh trucks near the former starting line, are reminders of that time. In any case, overnight, the circuit changed its activity and public image. The grandstand was covered and transformed into an animal feed factory and Avimar, the company running the farm, had tens of thousands of poultry on-site in the late 1960s.

While straight sections of the oval circuit have some damage which is largely attributable to the daily passage of trucks loaded with grain to the Autódromo, it would be wrong to say that Avimar’s impact on the track was only negative. For example, the curved end sections (on which the trucks could not circulate) were apparently regularly used as locations to spread manure produced by the farming operation. Over time, this formed a protective layer which slowed down the natural degradation of the track. That is why the two end turns of the Autódromo are in an almost perfect condition today. 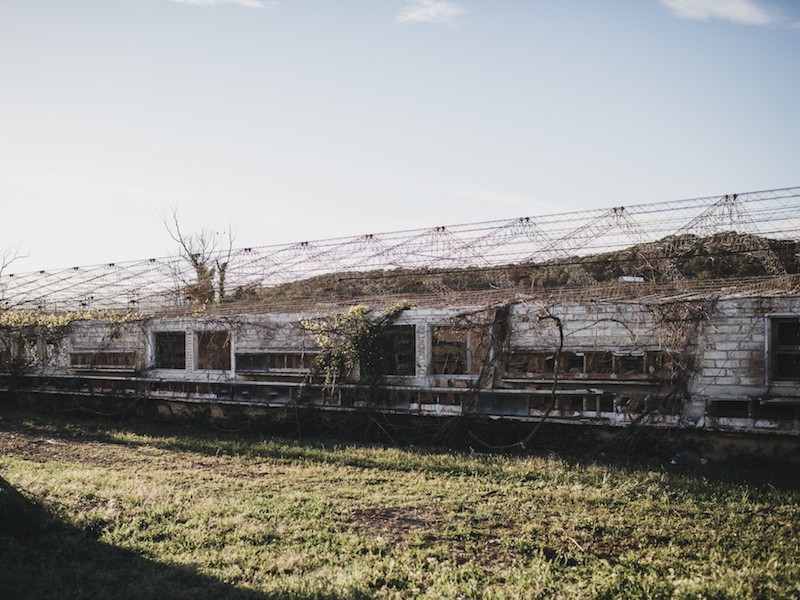 After operating for more than 20 years, the poultry company closed its doors in the early 1980s. What would have happened to the Autódromo without Avimar’s presence? Unfortunately, we can not give an answer to that question. But what is certain is that Avimar is an integral part of the rich history of the site.