The History of the Autodrome in Print

On Saint George’s Day, 1999, Antoni Mirabent i Muntané released a book covering the history of the autodrome during its active years as a racetrack. Entitled “Vida efímera de una gran obra” (Fleeting Life of a Great Work), it compiled the details of the autodrome’s story, from the people who first conceived of the track and their dreams to the names of the competitions, vehicles and festivals that it hosted.

Reading them today, the words of both Mirabent and the people involved in creating this ground-breaking site are truly fascinating. Books have an amazing ability to provide us with new perspectives on reality, whether immediately or over time, and we’ve picked out some of the most interesting comments to share with you. 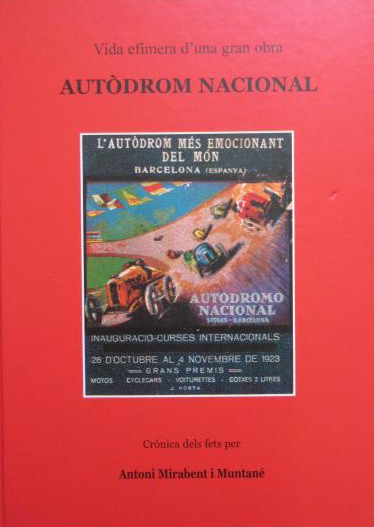 For example, Mirabent includes “the impressions of the architect responsible for the stands and stalls, Martino Arroyo, who, along with the then autodrome manager, Frik Armengué, felt the following emotions: ‘Well, on our track, as well as the smooth movement due to the concrete surface, in a full turn, even at the highest points of the track, the surface is of such a nature that if the car reaches the right speed at the right place, gravity and the centrifugal force are perpendicular to each other, meaning that neither the car nor its occupants feel drawn towards the inside of the curve, nor are they thrown outwards, creating a false sense of verticality to such an extent that the horizon looks slanted, the buildings slumped and the surrounding land collapsed.”

“No less important is the opinion of the then president of the Union of Journalists, Co i de Triola, who was alongside the determined entrepreneurs at all times. His comments included the following: ‘The study of some aspects of this great work is certainly a very worthy pursuit. Given that we don’t have to see the autodrome as simply the site of epic struggles, where a full display of emotions will take place; as the creator and revealer of an unexpected itch […] To us, the autodrome is like a school. A school for higher education. A great laboratory where the necessary knowledge is rigorously researched to reach an overall improvement. […] The mere fact of having foreign representation in the inaugural races is truly transcendental. The autodrome presents an opportunity to show what we’re truly like. Undoubtedly, hundreds of foreigners will come to realise that our country is just as European as intellectual France, corporate Britain or industrial Germany.

As well as including these comments, made in the context of the 1920s, Mirabent himself wrote 21 years ago:

“We think that with an extraordinary vision of the future, our ancestors imagined a track for horse racing and another for motorcycles. It was also many years ago that a boost and public recognition was given to vintage cars, perhaps the same ones that came to compete at the autodrome.”

He went on to say, “Having studied the matter carefully, we believe that if a good use were found for the site which our ancestors strove to create, current times could turn it into something that would be the pride of the Garraf, and Sant Pere de Ribes would feel honoured to have such a work that would only serve to increase its popularity”.

However, within the same pages, Mirabent wrote that the autodrome seemed “condemned to disappear”. Luckily, this wasn’t the case. Now, it’s down to us to write new books about this incredible place. Books full of new stories, the stories that have built up during its almost 100 years of existence. Personal stories linked to the site’s past but which also have a place in its future. A future where we grasp the baton and once again create a meeting place surrounded, no longer by motorsport races, but by nature, horses (as Mirabent surprisingly mentioned) and, at its heart, a tribute to the history of motorsport. 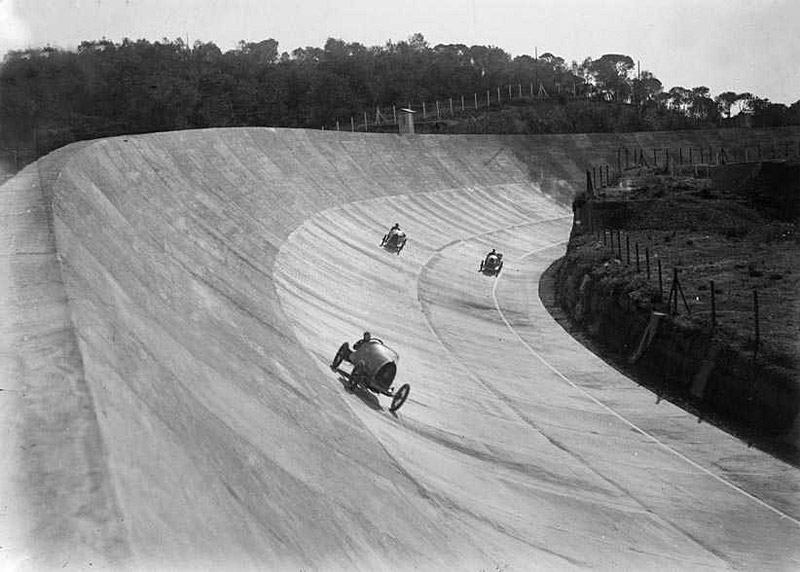