THE AUTODROME - MORE THAN JUST A RACETRACK

The Autodrome site, since the 14th Century

Some of the buildings on the Autodrome site were there long before the track was built, such as the Can Sidós or the Clot dels Frares. Other structures were built at the same time as the track, between 1922 and 1923. As part of the restoration project, all the buildings on the site - which are currently in very poor condition - will be restored to give them a new lease of life.

The grandstand is one of the unique structures that most stands out at the Autodrome. Under the supervision of Josep Maria Martino, it was built in just four months and was perfectly designed for the public to watch the races. Built facing north to avoid issues with the sun, the grandstand provides a clear view of everything happening on the track.

Initially, there were plans for two grandstands, but financial difficulties prevented the second from being built, although the structure of the base still remains intact today. The grandstand that was finally completed consisted of three sections and four boxes, each fitted with all manner of comforts such as a dining area, heating and lavatories.

Its design was especially modern for the time, and its features share notable similarities with other structures from the period, such as the old grandstand at the now-demolished Sarrià Stadium in Barcelona (also built in 1923) or the Artemio Franchi Stadium in Florence (built in 1930). In the 1960s, when the Autodrome become a poultry farm, the rear of the grandstand was covered so that offices could be built and the space could be adapted for its new purpose. 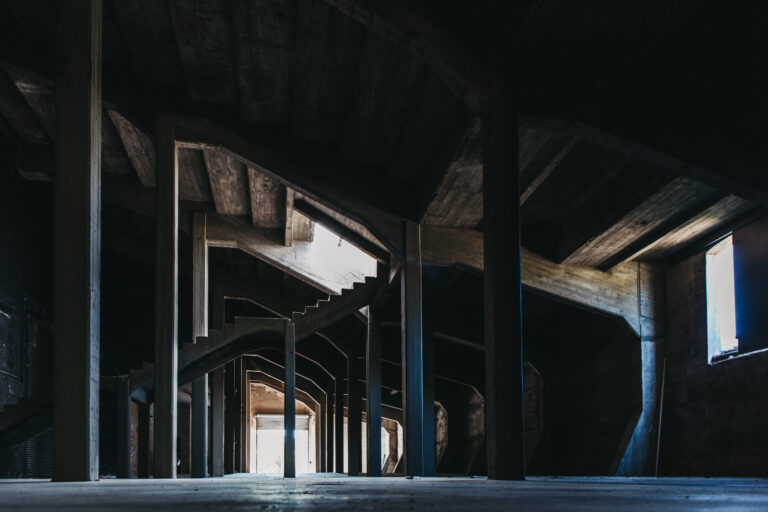 The Autodrome re-opening project includes plans to restore the structure according to its original design and accentuate its Noucentist features. Over the last few years, we have already carried out the first restoration works, which have also allowed us to use the space for presentations, photoshoots and even as the set for music videos.

Just a few metres from the entrance to the north curve of the track, there is a little dirt track flanked by apricot trees that leads to the entrance of a majestic Empordanese-style farmhouse: Can Sidós.

We don’t have much detail about the building’s exact origins, but it is believed to have been built in the 18th century and then extended in the 19th century. Can Sidós enjoys a privileged location on a hill, the highest point on the site, and boasts a lovely panoramic view of the area. As a result, it has historically been called “el mirador” (“the viewpoint”, in English).

Check out this article if you would like to learn more about Can Sidós.

The Clot dels Frares (Friars Cloister) is one of the Autodrome’s forgotten jewels. Although we don’t know much about its origins, the first written reference to the building dates to the 14th century. The farmhouse and tower that we find today were built around the 15th and 16th centuries.

Originally, this building is likely to have served a religious purpose as it belonged to the religious order of the Society of Jesus, hence its name. Eventually, the building’s religious significance came to an end in the 20th century when it was sold to the developer of the Autodrome Terramar, Francesc Armengol. Click on the button below to find out more about the Clot dels Frares’ hidden history.

Whilst this story might not actually be true, the word “champion” does indeed appear in the building’s true origins. When Edgar Morawitz acquired the Autodrome Terramar in 1929, he also founded the company Construcciones Mecánicas Campeón. Over time, the word Champion, an anglicisation of the name Campeón has stuck and so the building is called today.

See this article on the Champion building to find out more details about its history.

Their unique design, added to their almost original, pristine condition, makes the pit boxes at the Autodrome Terramar a significant relic of motorsport and industrial history.

The pit boxes form part of the Autodrome’s historical heritage, and at the beginning of the 20th century, would have been the scene of an authentic racing atmosphere featuring some distinguished personalities from Barcelona.

Check out this article about the Autodrome Terramar pit boxes to learn more about their history. 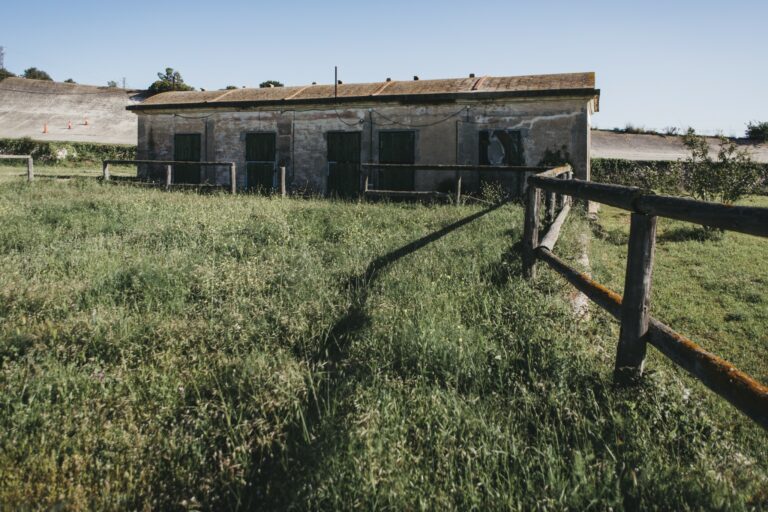 The canteen was built exclusively for stable or pit box staff. Here, the mechanics and drivers had a private space to eat while their cars were waiting in the pits, ready to get out on the track. As a result, unlike the other buildings on site, this building was closed to the public.

Would you like to know what this canteen would have been like in the 1920s? In the article below, we explain the building’s style and the materials used in its construction.